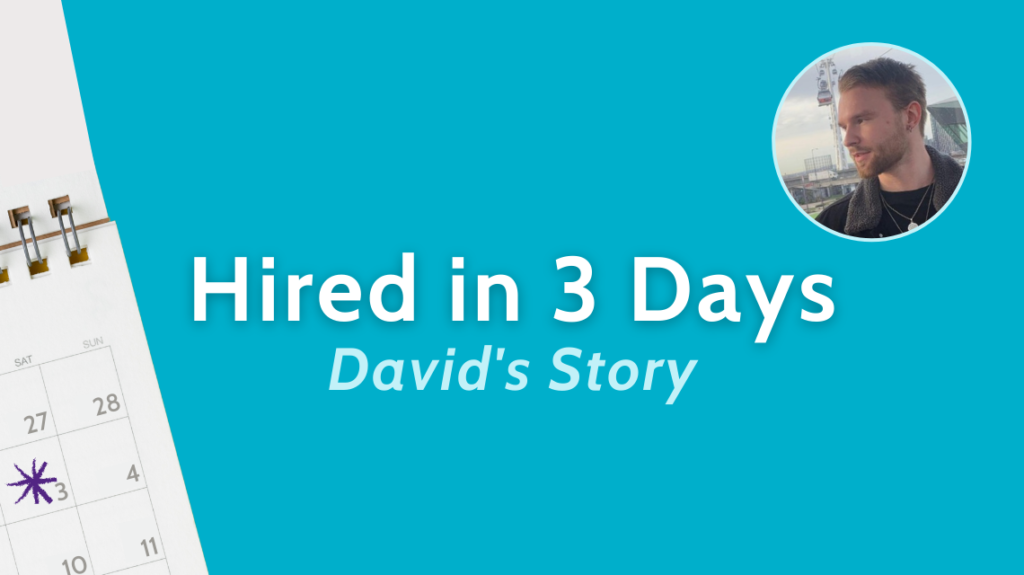 How David Finally Scored his Dream Job After Graduation

After watching the thousands of 2020 graduates struggle to find employment, the thought of hunting for a job must be daunting for those graduating this year.

Despite the fact that hundreds of thousands of people have found employment recently, times are still tough for job hunters.

One person that knows this first-hand is 2021 BA Graphic Design graduate David Edberg.

As he began handing in his final projects, he dusted off his CV and got to work applying for jobs.

“I started looking for a job in March, applying on and off.

“I sent around 50 applications.”

In June, David discovered DigitalGrads through his university’s careers service.

The timing couldn’t have been better – David was just finishing up a freelance design project and was looking for his next opportunity.

He saw an advert for his dream job: a local design consultancy called Court Three was looking for a Junior Graphic Designer to create motion graphics, manage video projects and storyboard new ideas. Creative opportunities like this are hard to find, so David signed up and made his DigitalGrads profile in record speed.

A couple of days later his profile – complete with a great portfolio and freelance experience – caught the attention of Court Three’s Creative Director, Mark Norman.

Both Mark and David were keen to set up an interview – so keen that they scheduled it in for later that very same day.

Just two days after we advertised the job and a few minutes after the interview, Mark reached out to us and said: “We offered David the job. He is over the moon and so are we!”

And a week later he started it!

David’s been with Court Three for a few weeks now, making motion graphics, developing videos and working on lots of fun projects.

“My colleagues are fun and the work feels meaningful”.

We asked him what advice he would give his past self

“The one piece of advice I would give my past self would be practise patience and don’t give up. Constantly keep tweaking your CV and portfolio.

“And constantly keep applying, even if it means you apply to 100 jobs!”