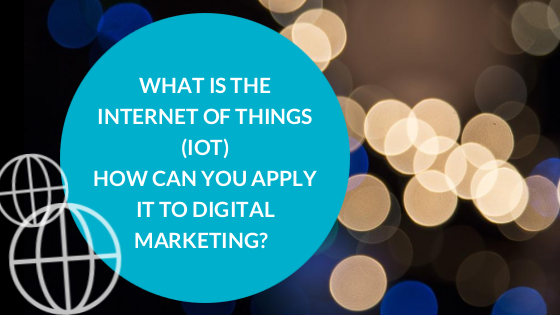 We often joke in Qubit Labs that a good programmer is a lazy programmer. Why? Idle coders don’t want to bother themselves with routine and boring tasks, so they make machines do all the job for them. Laziness is a driving force behind the world of progress, or at least technological world. You don’t need to come up to a TV set because there is a remote control. Why should you push the button on your coffee-machine if you can make a drink by a mobile app? So, no wonder humanity invented the Internet of Things.

What is  Internet of Things (IoT)?

“When wireless is perfectly applied the whole earth will be converted into a huge brain, which in fact it is, all things being particles of a real and rhythmic whole. We shall be able to communicate with one another instantly, irrespective of distance. Not only this, but through television and telephony we shall see and hear one another as perfectly as though we were face to face, despite intervening distances of thousands of miles; and the instruments through which we shall be able to do his will be amazingly simple compared with our present telephone. A man will be able to carry one in his vest pocket,” said Nicolas Tesla as early as in 1926.

His forecast about new ways of communication was right. But we did it even better – in 1990 toaster became the first device connected to the internet, and it was the first step to making smart machines capable of interacting with people on distance.

Kevin Ashton coined the term “Internet of things” 9 years later, however the very IoT didn’t appear until 2008-2009, when the number of connected devices exceeded the number of people in the world. By 2020 we expect to have almost 21 billion connected things.

This break-neck speed of technological development makes it hard to define IoT precisely. Considering that devices interact not only with people but also with each other on the current stage, internet of things is a network of connected via internet objects that can collect and exchange data. Moreover, IoT isn’t simply a network of wire and wireless connected devices and sensors, it is an integration of real and virtual worlds where people can communicate with machines.

The main idea of IoT is boosting economic efficiency due to automation of different industries and minimizing human influence on processes.

Smart house. Things are smart enough to give you a warning about unlocked door or an iron left switched on. If you’re away, you can manage the issue remotely ordering the door to lock or the iron to switch off. Sensors on food packages transfer the information about expiry dates to your fridge and the device reminds you to do shopping.

Smart industrial manufacturing. Imagine a smart factory where machinery, sensors and computers are connected to the internet. Collected information allows to monitor processes, distribute resources more efficiently or even prevent crashes if a system ‘feels’ that ongoing procedure differs from habitual one and something goes wrong.

Smart cities. IoT allows public transport to find unprofitable routes and suggest optimized ones by collecting data about passenger traffic. Public utilities receive information on the amount of litter in a particular dustbin due to sensors to know exactly when it’s time to collect garbage. It saves both petrol and labor resources.

Currently IoT is going through the stage of loosely connected networks with each network performing its own task. It means that in our smart houses we still have separate systems to control lighting, heating or ventilation. With IoT development all these systems will monitor and control each other, building up a network of networks. As you can see, IoT is developing upwards, from a single connected device to a smart planet with connected everything.

Why IoT is the New Black in Digital Marketing?

It took marketing specialists quite some time to realize capabilities of IoT in their niche. But now they pay more attention to this technology as the benefits from connected devices are obvious.

IoT will allow not only creating new product lines but also improving customer communication, tracking customers’ needs and instantly offering them solutions. In this way it saves considerable sums of money that could have been spent on marketing research, hiring analysts and specialists to launch advertising campaigns.

How Digital Marketing Benefits from IoT

Demand for innovative technologies. You snooze, you lose. The faster companies adjust to IoT, the faster they build customer trust and get higher demand for their products.

Easier and more efficient product development. Data provided by connected devices will help to forecast demand, improve goods and increase quality. Companies get instant feedback and it boosts their development into the right direction.

Retail transformation. Information about customer behavior in the shop will influence its inner space – shelf display, promo stands location and even price labels. Sensors synchronizing with mobile phone and app will send instant messages about special offers on goods client passes by.

Marketing automation. Nowadays specialists spend a lot of time on collecting and analyzing data. But IoT can save you from this routine.

Smart advertisement. Having large database of users collected via connected devices, marketing specialists will make ads more personalized and more relevant. Internet of Things gives them a chance to target their audience more precisely and as a result, to increase conversion rate.

More communication channels. How can you get through to customers now? Calls, emails, social networks. But in the nearest future the very product will be your way of communication. It’s hard to imagine but you’ll be able to talk to user via fridges and washing machines.

Better relationships with clients. Modern marketing is based on trust and respect. IoT gives companies an opportunity to respond faster – solve issues, dispel doubts and persuade.

Let’s sum up, Internet of Things is developing way of interaction between people and gadgets meant to make your lives more comfortable. IoT will have a tremendous impact on every single sphere, including digital marketing. But it is always up to you to decide if to become an early adopter or trail far behind the influencers.