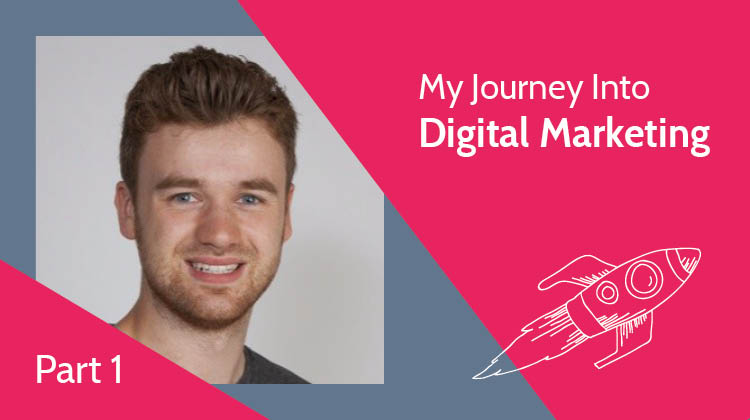 “Be willing to sacrifice things you love to acheive your dream. Expect disappointments, because they will happen over and over again.”

– Sully Erna (The Paths We Choose: A Memoir)

We all have a story to tell and today I decided to tell mine. I can’t profess to have had a more difficult life than anybody else, but we all follow our own unique paths to get to where we are today and where we will be in the future. It’s just a question of how you react to each obstacle or fork in the road. I’m not here to preach my philosophies to you, but if just one person reading this can relate and feels inspired by my story then I have accomplished what I set out to do with this article.

You see, a large part of digital marketing is telling stories and that’s a great way to get people engaged. Many online resources recommend a minimum of 300 words in an article, so I’ll need to give you the necessary background information whilst maintaining your engagement as a reader. This is my own story, in over 3,500 words, of how I took an unlikely path towards a career in digital marketing.

“I’ve got the willingness and stupidity to try anything. If I think it’s even remotely possible, I’ll do it.”

My biggest aim with this article is to be relatable and provide some kind of inspiration for those who may not think they’ve got the correct background for a career in digital marketing. The thing is, when I was a teenager, I wanted to be a pro supercross rider. I came from a well-respected racing family in the motocross community and had developed a reputation for myself as a promising rider who would generally try anything first. At the age of 14, I got the chance of a lifetime to race in the opening round of the UK Supercross series. Unfortunately, my efforts didn’t get much further than a few laps of practice, where I broke my arm. My intentions to do the full championship a year later (2008) ended with a broken pelvis.

Around the time of breaking my pelvis, I’d developed a strong passion for playing guitar. My focus shifted towards a career in music, and went to college after graduating from school just before my 16th Birthday. I’m over 500 words into this story and I’m finally going to share my first experiences of digital marketing. Whilst at college, I formed a band and we enjoyed moderate success with the release of a radio-only single and a music video. The rest of the band showed little interest in pushing these releases, so I devised my own social media marketing campaigns. At the time, Facebook Groups were a new thing and formed the main focus of the campaigns. I also used email marketing tactics to  reach out beyond social media. The results were positive, with the music video receiving over 2,000 views in the first three weeks and the radio-only single being put into heavy rotation on a German radio station, alongside artists such as Prodigy and Foo Fighters. At the time, I didn’t even know the term digital marketing existed. But the foundation had very much been created at that point.

In 2011, I moved to Brighton and studied music at BIMM. I quickly learned about the importance of networking, which is a form of traditional marketing in itself. This networking eventually led me to meeting an ex-member of the So Solid Crew. I’m sure you’ve probably got “I got 21 seconds before I got to go, did you see me in the video, oh no” stuck in your head now, but this was when I first heard the words ‘digital marketing’. It wasn’t long after this when I first met my wife, but that’s another part of the story.

The biggest lesson I learned about the music industry is that it’s actually more important to be good at marketing than it is to be a good musician. If you consider the musical artists you or your parents listen to, you will probably know them for some kind of marketing tactic they employed: Jimi Hendrix playing guitar with his teeth, the gangster personas of 2Pac, or even the anonymity surrounding The Weeknd when he first started releasing music.

That’s how I became interested in digital marketing and decided that I wanted a career in that industry.

“Welcome to the real world.”

I graduated from university in 2014 and I will try my absolute hardest to not sound too bitter about this part of the story. The crux of it all is that I struggled a lot. I landed a telesales job with a large company in Brighton and whilst it did help me to pay the bills, I can’t deny how soul-destroying it felt. If you ever get a cold call in the future, please do remember: They probably want to speak to you as much as you want to speak to them. You can politely ask to be blacklisted and they will do it for you. There were a few times where I saw people running out of the room in tears after having one-too-many people shouting at them on the phone. I got very close a few times, myself.

A year later, I moved on from the telesales job to a regular sales position for a waste management company (I know, very glamorous). I had been spending the past year applying for marketing jobs, but I’m sure you’ve all seen that meme which shows a cycle of ‘need experience to get a job, need a job to get experience’. I was quite fortunate though, in that the company I was working for sent me to a networking event where I met somebody who worked for a digital marketing agency in Worthing. If there’s anything to take from this part of the story, it’s the power of networking!

I latched onto this digital marketer and expressed my desire to work in the industry to him. He was very friendly and taught me a lot. He introduced me to a few useful tools, including Moz, which I fully recommend checking out. Around the time I was getting married in 2016, we talked about me possibly working at his agency. Unfortunately, it fell through and I was still stuck in my sales job. I will always be grateful for his help in those very early stages of my learning and we remain in contact to this day.

In this sales job, it felt like a constant struggle and I was very unhappy. As a graduate being thrust into the real world, it can feel very unfulfilling and that feeling of disillusionment can creep up on you. I actually ended up moving to another job that paid less, but didn’t involve sales. Politics and an inability to afford my wages left me unemployed. Things couldn’t get much worse than this, right?

The first thing I did, after signing up for benefits, was go back to the networking meeting the waste management had previously sent me to. You see, after meeting the same people week-after-week for 11 months, they will notice what kind of person you are like. It took me a few weeks, but I eventually plucked up the courage to stand up in front of 60 business owners and managers and tell them I was looking for a job. A few people offered to help, which I will always be grateful for. One person asked to see me at her restaurant the next day and we spoke at great length about my career desires. If there’s one thing people value in life, it’s honesty. She spent the morning emailing her own contacts in an attempt to find me some form of employment. I was down, but not out and she really had my back that day. One of her contacts responded and I asked to meet him.

“Why do we fall, sir? So that we can learn to pick ourselves up.”

I got the meeting I requested and the initial offering was in PR. This rosy start quickly became sour when details started to become suspicious. The means of employment was very odd, questions about my previous roles in sales started to creep into conversations and details in the contract were completely different to what was initially offered. Despite the strong insistence from my parents that I shouldn’t take the job, I ignored my concerns and took a leap of faith. By this stage, I had been unemployed for almost three months and was getting quite desperate for money. 18% interest on a credit card bill can look quite scary!

In January 2017, I arrived on my first day feeling excited. Unfortunately, the business owner had other plans for me and I found myself in another sales job. It didn’t last long and I was very keen to find a way out. I spent my lunch breaks seeking employment elsewhere and I even remember attending an employment event one evening after work at Sussex University. I made a contact at a large digital marketing agency and we stayed in contact for about a week-or-so, but I was struggling so much with self-confidence by this point that I just let the conversation slip. On March 3rd, I found myself unemployed yet again. I will always remember that date.

This is where the story gets a little dark, but I feel that it’s important and if anybody reading this is at this stage of their life, I really hope that you can relate and find inspiration to push that little bit further. One of the biggest reasons why telling stories is an effective tactic in digital marketing is that it invokes emotion. Something I learned very early on when learning from Lucy and DigitalGrads was the power of emotion. With my story, I hope to get the emotions I experienced across to you so that you can feel just as I did. By doing so, I hope that will spark inspiration within you. That’s the power of storytelling and a really great novel. Read some Stephen King and you’ll understand what I mean. 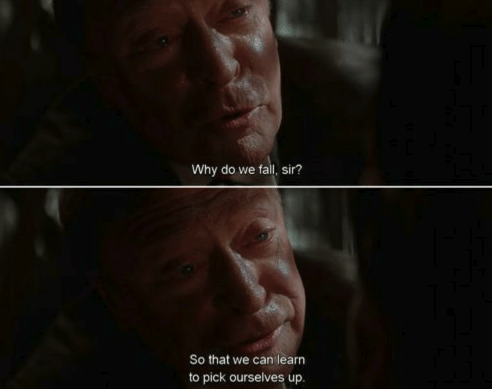