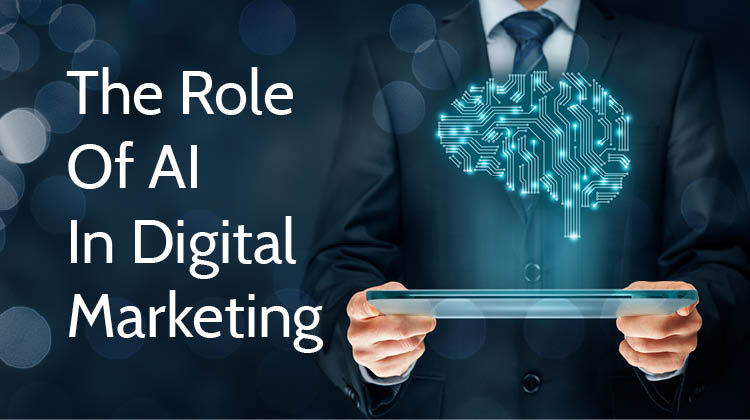 What comes to mind when somebody mentions artificial intelligence (AI)? Impenetrable, ambulant machines with the ability to perorate in a robotic, monotone voice, something along the lines of ‘dead or alive, you are coming with me’? Wait, no. That’s Robocop. My bad. But I am pretty certain that this is the extent of many peoples understanding of AI.

However, AI is very different to its Hollywood portrayal. By definition from the Oxford dictionary, it is ‘the theory and development of computer systems able to perform tasks normally requiring human intelligence, such as visual perception, speech recognition, decision-making, and translation between languages.’ It’s vast capabilities mean that you probably encounter some form of interaction with AI within your daily, or at least weekly routine, whether you like it or not!

What is AI currently used for?

In the world of digital marketing, it is currently being used for a number of reasons. One of the more common uses is ‘RankBrain’. Have you ever wanted a quick answer to a question without having to debate it with your friends? Or have you ever had a debate with your friends that seemed never ending, until someone shouts, ‘oi, just Google it!’. Well, developed by Google in 2015, RankBrain allows users to ask questions that will be answered by an AI bot in milliseconds. What is it going to be used for? Now there are plans for AI to be doing much, much more…

Some organisations are already aware and have implemented AI Chatbots, but there is a larger percentage who have so far failed to do so. It is vital for organisations, whether they like the speed of technological advancement or not, to embrace the changes and incorporate them into their strategy or face the consequences of being stuck in the past. AI Chatbots can massively benefit the users experience on your site in a number of ways. 24/7 assistance can be provided with an excellent level of customer service that remains consistent, no matter how many customers they are dealing with at any one time. They can also store the data of all of the complaints that they are dealing with as well, meaning customers will not need to repeat themselves each time they speak to a Chatbot.

Image recognition has always been fairly insignificant. It has been limited to being able to identify isolated objects in any image. However nowadays, AI powered software has allowed for detailed descriptions of an image that can recognise faces, objects and, amazingly, emotions. This is thanks to ‘Amazon Rekognition’. This is beneficial for a wide variety of businesses in multiple industries. It has the ability to increase customer security and allows researchers access to information that would have previously taken hours and hours of scrolling to discover. For example, where their product is consumed the most, who is consuming the product and even whether the product is being used in any unusual ways.

This is just a brief insight into the way AI has revolutionised digital marketing. There is plenty of literature on the topic over the past five years and I can assure you that, over the next 10, there will be plenty more.

A good starting point for anyone interested in researching this further is by asking the bot itself. The sooner you get used to interacting with them the better!

DigitalGrads can provide YOU with the practical skills needed to get ahead of the game. Join our programme today and learn how...